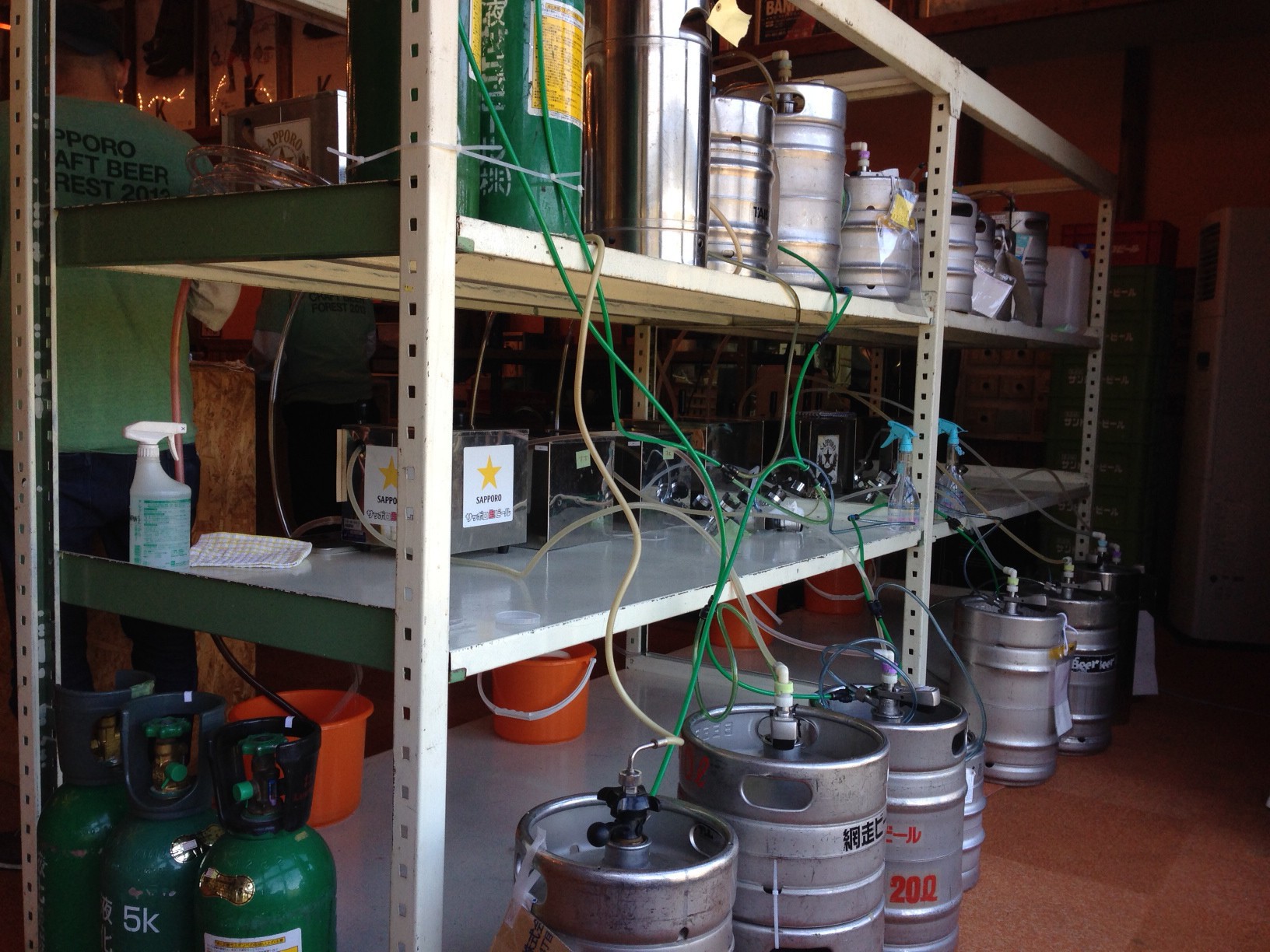 It rained the day before, and a rain-snow mix fell the day after. The day itself was sunny and warm-for-the-season. The event was the Sapporo Craft Beer Forest, a first-time festival held at the Bankei ski area’s center lodge not far from Sapporo’s city center (a 20-minute bus ride from Maruyama Koen subway station).

The event was held by a group of craft beer bars in Sapporo and nearby Ebetsu’s North Island Beer (disclaimer: my “day-job” is with North Island Beer and I worked as a staff member at the event). More than 50 varieties of craft beer from Hokkaido, Japan and the world were gathered together for a single day (actually, six hours) of sampling.

Being a first-time event, organizers weren’t sure how it would be received. The plan was to do our best to sell 500 advance tickets and hope for perhaps a few hundred more to join in. Instead, thanks to an excellent word-of-mouth campaign, a widening interest in craft beer, and perhaps most of all, the good weather, 1,200 people took part in the fun, plus a small army of volunteers, staff and guest brewers from across Japan.

There’s talk of expanding the event next time around. Perhaps 2 days over a holiday weekend. It might shift from October to another point on the calender. But the general feeling is that it was an overall success and those involved in the planning a looking forward to doing it again next year.

Not everything was perfect, of course. A wave of comments both positive and critical have appeared in the week after the event, and the goal is to learn from this year’s event and make it better from here on out.

As for me, I loved the venue, though if it had rained (or snowed!) the atmosphere would have been decidedly different, with limited indoor space. But on nice days, Bankei offers an abundance of green areas and outdoor patios. This time around, with the crowd larger than anticipated, some revelers took their beer glasses up the ski slope and parked on the the grass.

In any case, it was an overall success, and with some changes in a few areas we  could be on our way to creating one of the best beer events in Japan. So watch this website for updates on next year’s event. Meanwhile, visit one of the organizing bars (listed below) for good beer year-round.