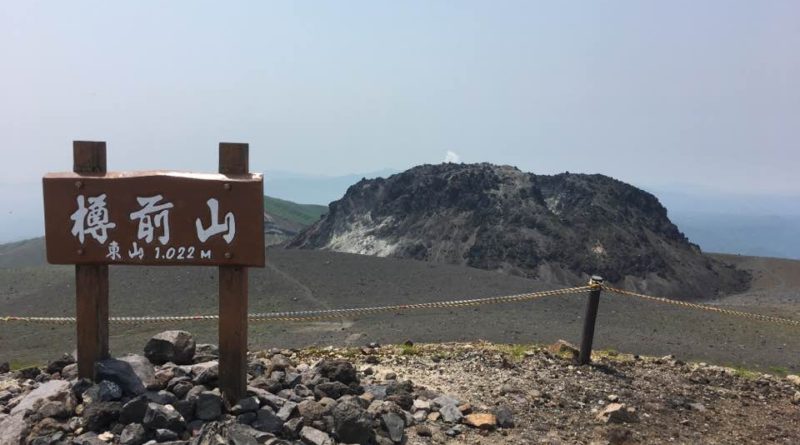 Tarumae is somewhat of a curiosity–an active volcano not far from Sapporo, the steam from which is visible driving south along Toyohiragawa Dori. An A-rank volcano, the level most likely to erupt, Tarumae last erupted in 1982. In the 20th century, it erupted roughly once a decade, making the volcano long overdue. As such, it is under 24-hour surveillance for any activity. Yet, in spite of all of this, Tarumae can still be climbed to within a couple hundred meters of the slowly growing lava dome at the top, and a few hundred people do that each day during the summer months. Here’s how to get up close and personal with Tarumae.  From Sapporo, head toward Makomanai and it is a fairly straight shot to Lake Shikotsu. GPS will aid in finding the trailhead since it is fairly deep in the forest with little signage. But once there, you will find a 50 car parking lot between the west and east trailheads. You will want to go up the west route. At the entrance, there is a visitor book that must be signed. This lets officials know how many people are on the volcano at any one time and makes it possible to track down anyone lost, so be sure to sign out as well once you get back down. From the parking lot to the top of the west peak, with its straight-on view of the lava dome, it is roughly 90 minutes. The climb is ranked as a 1 on a scale of 5 in terms of difficulty. But, it will leave you winded. And once you leave the forest about 15 minutes into the hike you will have the sun beating down on you the rest of the way up. Once at the top, the views of the smoldering lava dome are incredible. The landscape is what one imagines of Mars, barren except for boulders of lava rock ejected from past eruptions, and that lava dome which will change drastically in the next eruption. And down below, you can see the green of the national park below and Lake Shikotsu. To get back down the mountain, one can either backtrack the way you came, or continue on around the lava dome along the eastern route. Going up the west trail and coming down the east trail will take a good five hours. Sunscreen, a wide brim hat and plenty of water are necessities. There are also bears in the area, but for the most part the greatest risk is in the forested areas near the bottom. But, with the amount of traffic from climbers that risk is a minimum. There are many beautiful mountains to climb in Hokkaido, but Tarumae is a favorite of many, for the thrill of being that close to an active volcano that is continuously molding and shaping itself.