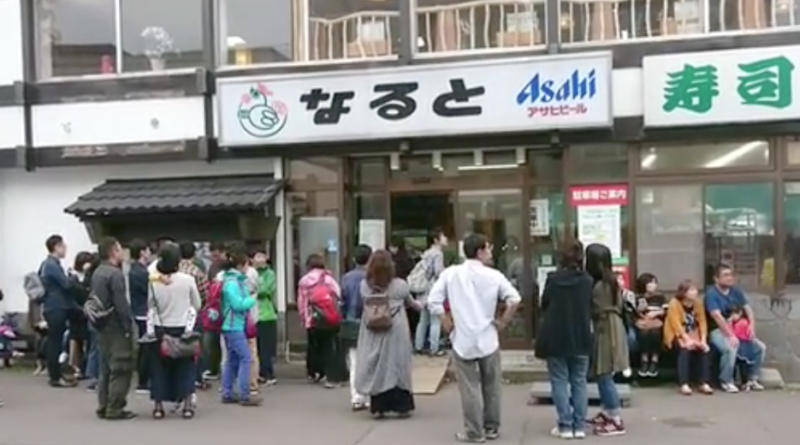 Hi Explorers.
We went to the famous NARUTO HONTEN in Otaru.
There was seriously, so many people waiting for a table.
Luckily, we made a reservation! Which I recommend!
Be sure to make a reservation! Don’t just rock up.

The story of Naruto. “Hanmiage” half a deep fried chicken
Naruto’s first shop was actually on the island of Awaji, near Osaka. Opened in 1957, they actually serviced Okonomiyaki! Not fried chicken! Soon the then owner, Mr Nakamura, wanting a change decided to open an Okonomiyaki shop in Otaru. As seafood is very famous in their new location they added shrimp and squid to the menu too.
Soon after they added chicken, but it took too long to grill so Mr Nakamura suggested deep frying.
Their “Hanmiage” eventually became the most popular dish on their menu!