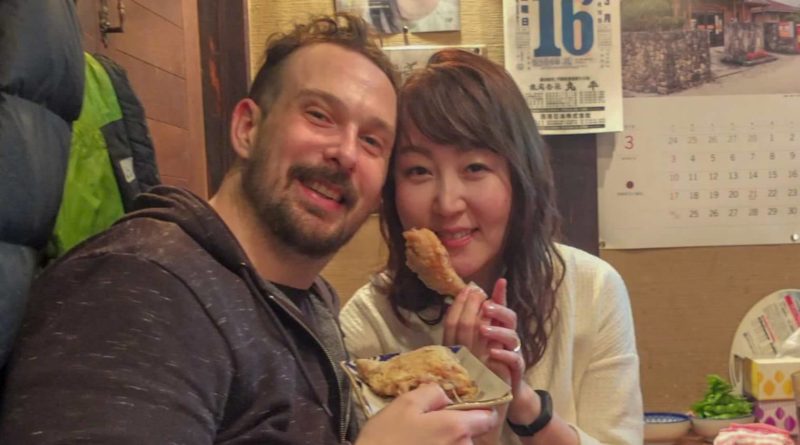 Spring is a great time to visit Kushiro city.

My wife and I just came back to Sapporo after having some respite in the lovely city of Kushiro. It is only about 300 kilometres away from Hokkaido’s capital city, Sapporo.

Getting there can be either very easy or very difficult. Many flights depart for Kushiro’s Tancho airport, taking less than an hour whereas trains can take up to four and a half hours. The cheapest option is by bus. The buses have special seats that make it feel like you’re sitting in business class! But we didn’t feel like being stuck on a bus for almost six hours, so we opted for a flight with JAL. If you book your trip in advance, you can score some inexpensive tickets.

By the way, we all know that you aren’t meant to use electronic or signal emitting devices on planes, but on these smaller planes, you’re not allowed to use Bluetooth during the flight so be sure to bring cable headphones.
After arriving at Kushiro airport, buses are available to take you to Kushiro station and a few hotels.

So, what did we do? We’re glad you asked!

After checking in and checking out the room, we were lucky to have a view of the ocean and could enjoy Kushiro’s famous sunset. We’re glad we stayed in the hotel to see it because the weather was cloudy in the following days.

Our first stop was a very well known Zangi restaurant called Tori-Yoshi, located in Sakaemachi. We were so happy to be the first customers of the evening. However, to our surprise, the chef had been cooking up a storm! You see, they are so popular that many customers order it to take away!
This restaurant literally only sells fried chicken so don’t expect to order anything else!

This year will mark the restaurants forty-fifth year in operation! We aren’t surprised! The food is delicious and the staff are so friendly. After mentioning that we were recently married, the owner gave us a delicious present!

When in Japan, do as the Japanese do! And one of my favourite “do’s.” is hashigo-suru which means “climbing the ladder.”. Bar Hopping!

On the way to a friend of ours restaurant, we were lucky to witness a thick blanket of fog. It is known locally as gasu. The dense fog usually signals the beginning of spring. Although, you can see it all year round.

On to more eats!
Nora is another local restaurant that has been around for a very long time. Here we tried their signature dish, prawn shumai after that we enjoyed some local asparagus. First of the season!

To end the evening we decided to go to one last local restaurant. The great thing about Kushiro is all the restaurants are so close together, but you should always call and book ahead because they can get very busy.
We had the same issue with our next destination: Charinko. We managed to get a table after eight pm.

Local tip: Most local restaurants in Kushiro do not take credit card! So be sure to have enough cash on you or you’ll be washing dishes!
Stay tuned for day two!