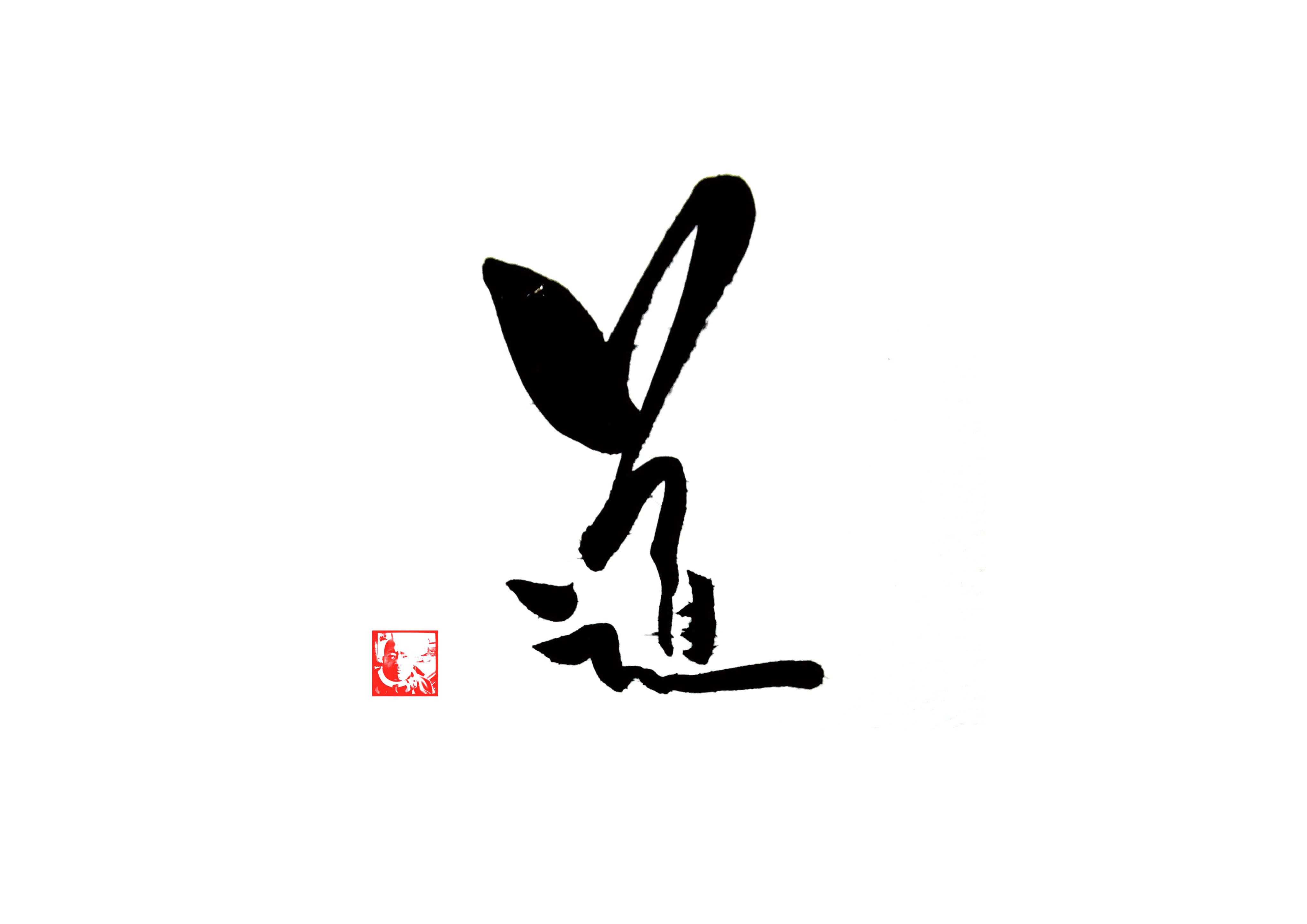 Toru Yashiro, born in 1970, started shodo (calligraphy) at age 26, a bit of a late start. When he was working for restaurant, he started designing the food menu by hand. That’s how he started writing calligraphy. Later he began painting on large walls. He painted a black-and-white cherry blossom on Kappou Izakaya’s wall and he has also tried to paint calligraphy on clothing. From these experiences, he learned that “calligraphy is not writing — it is drawing.” Doing calligraphy is not his primary job — but he is trying to include calligraphy in his job. He is now working as a consultant for restaurants, a photographer and an adviser in the field of outdoor amusement.  Below is the first in a series of samples of his work.

See part one in this series.