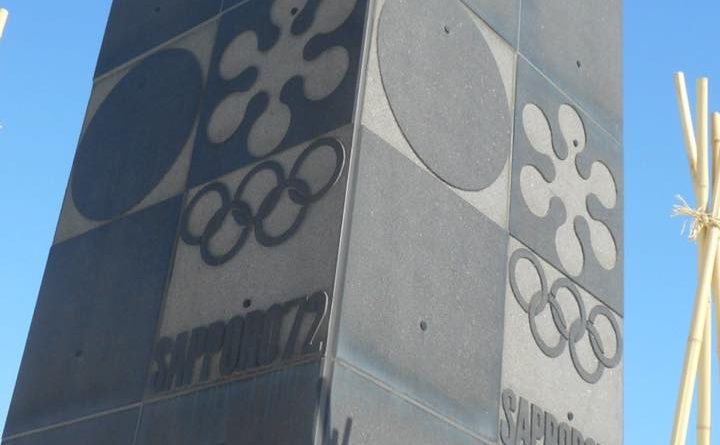 With Sapporo set to make a bid for the 2026 Winter Olympics, it’s good to look back at what remains of the 1972 Sapporo Olympics. Readers following Olympic news will no doubt know that many former Olympic venues in other cities, even recent ones, have been abandoned. Sapporo has fared much better, with many of the original venues remaining intact and in use. One of the most easily accessible memorials of the games is the Olympic Village at Makomanai, which originally housed the athletes, but now houses local residents. The village starts just outside Makomanai subway station. Exiting the station, the first noticeable symbol of the games is the black and gold obelisk clock with the design of the Sapporo games at the base as well as lists of the gold medalists of the 1972 games. From the clock tower, with the station at your back you will see three apartment towers. These are towers where the athletes stayed, as well as the many smaller buildings behind them. Roughly thirty meters up the road from the clock is a walking path entrance to the area. If you go around the towers to what (now) is their back side and look up you will see the Olympic marks on the signage. It’s not easy to get lost in this area, most of the buildings from 1972 are marked. It’s a nice walk through local history. If you find yourself with a day off and wanting something easy to do, take the Nanboku line south to Makomanai station. Walk around the old Olympic village, then get on Google and look at the photos of the games.