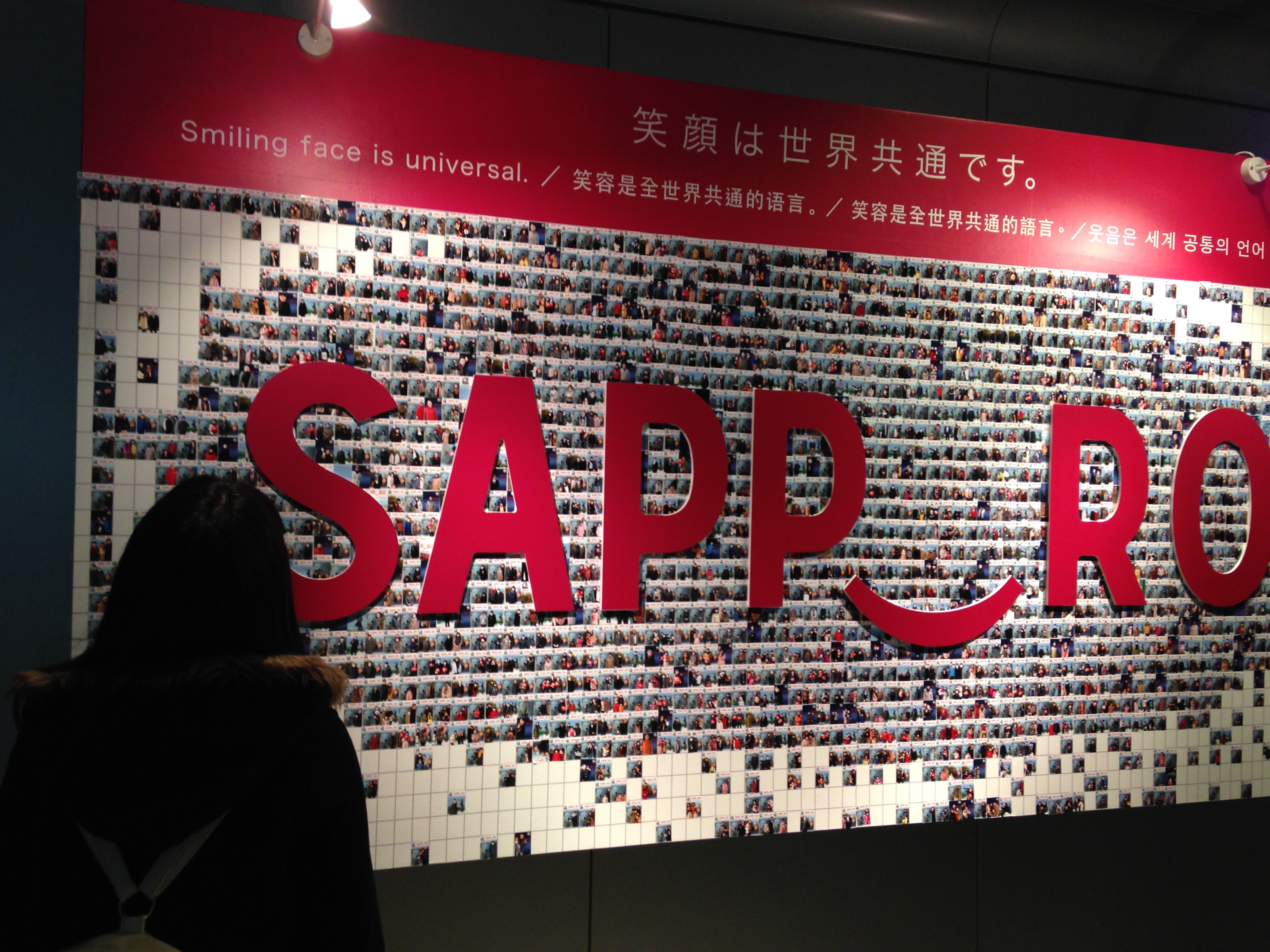 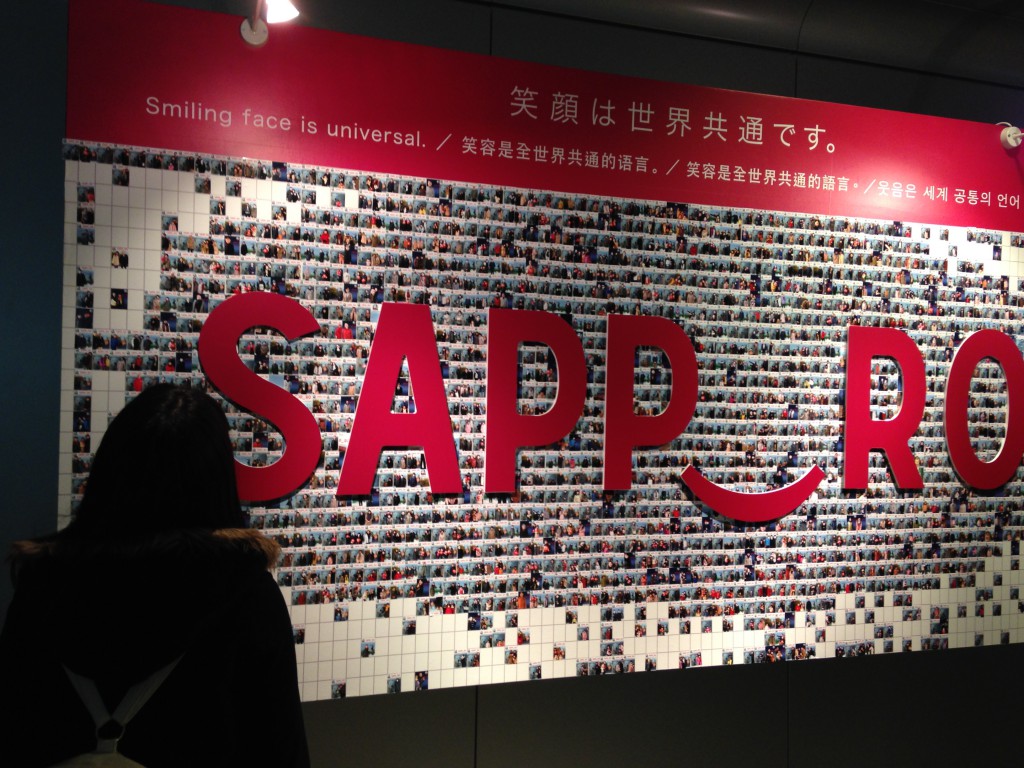 The city of Sapporo is in a pretty good mood. Certainly, the logo is smiling, and at city hall our leaders are hoping we’re all smiling too. Sapporo Smile is the name of a project centered around the idea that smiles are universal, even if words like “fun” or “thank you” are not understood. The idea is to get the locals smiling, creating a fun environment, thus enticing tourists to be repeat visitors.

Says the official literature: “We believe that spiritual wealth exudes itself in people’s smiles. That is the philosophy behind the SAPP ‿ RO logo, which incorporates a smiling mouth in the form of an undertie (‿).”

Got it? That fallen-down parentheses is actually called an undertie. But what does the project actually do? The smile project seems to happily involve itself in many areas, including the Porocle bicycles seen around town in the non-snowy months, the city’s short film festival, and a program creating work for the homeless.

This week, in the underground walkway between Odori and Sapporo station, the city has a photo booth setup offering free snapshots to anyone willing to wait in line. They request — with smiling faces of course — that you post one of your free prints on a big board featuring the undertie logo. Passing through today with my wife, baby, and some out of town family, we waited our turn and smiled big, shortly thereafter receiving our prints.

We also walked away with a well-made pamphlet explaining the project and suggesting an easy way to get involved. It’s pretty simple: find something that makes you smile, put an official Sapporo Smile mark on it, and let people know why. The pamphlet came with a smile sticker, and the project’s official website explains some more ways to use the logo online or in text messages.

So go find that something that makes you smile and let everyone know why. Better yet, take action. Those who want to participate directly are encouraged to contact the city. Smiling operators are standing by.