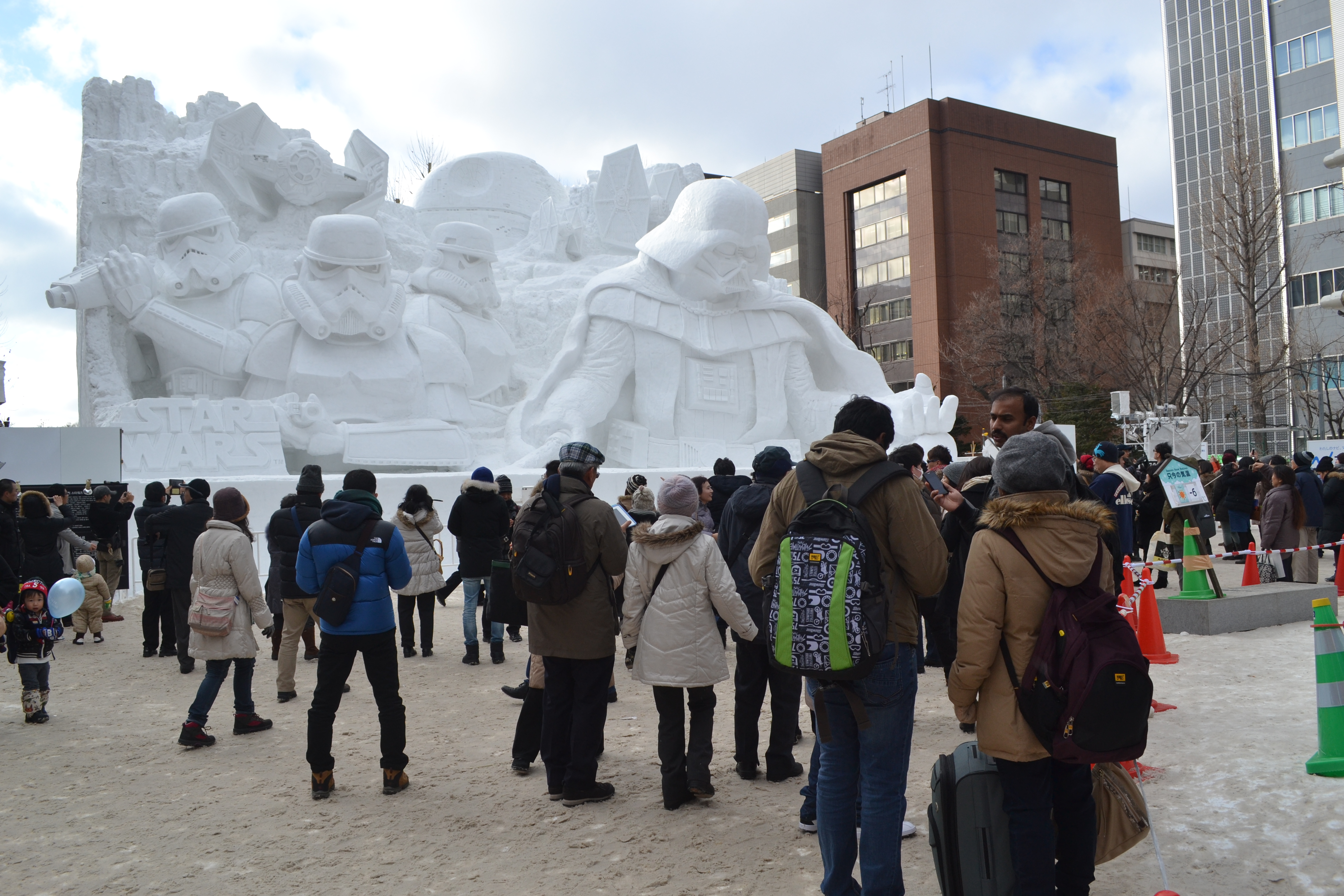 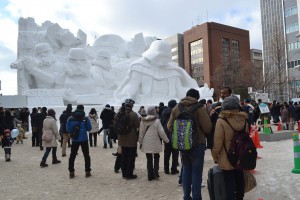 For locals, the Sapporo Snow Festival may not always be a top destination. Downtown gets extra crowded and attempting to walk north or south against the east-west selfie-stick-clutching-snow-sculpture-gazing tourists can be a battle. If you don’t want to play, avoid the park blocks.

But even the most jaded local may enjoy a quick walk through the main venue. At the east end, the most attention-getting piece is definitely the Star Wars sculpture featuring Darth Vader and some Stormtroopers looking like they’re about ready to lightsaber some out-of-towners for going the wrong way down the one-way paths.

From there, I trekked west, following the crowds and clutching my camera to fit in, encountering a long line for free samples of miso soup. I decided to move along, as I had my own supply of soup at home (If it had been beer this logic wouldn’t hold).

Toward the other end of the park, teams competing in the small sculpture contest were putting the finishing touches on their work. I silently cheered on Team Portland as I whizzed by, rather than try to force an awkward “I am also from Oregon!” conversation on the probably chilly artists.

From here, I defied Darth Vader and walked against a clearly marked one-way path. I was able to escape via a previously unknown path leading to the Land Beyond the Park. I quietly put my camera away and slipped into the crowd of locals. Just a regular guy, on his way to a meeting.